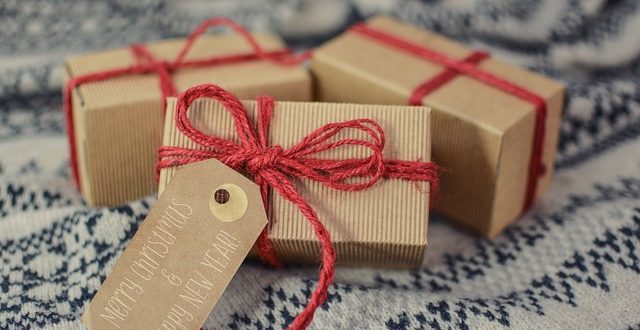 December 21, 2017 By Greg TenBroeck With no comments yet

National re-gifting day is celebrated each year on the Thursday before Christmas. The date was chosen, because that’s when many companies hold their Christmas parties.

Interestingly, what was once thought of as “tacky” has now become popularized by such shows as the Seinfeld episode, The Label Maker.

But comedy aside, while re-gifting is no longer considered taboo in some circles there are ways it can be done that will benefit both the giver and the receiver.

Dos and don’ts of re-gifting

The following gifts are good choices for re-gifting opportunities:

Nearly any time is a good choice for re-gifting, but the best chance you’ve got for unloading stuff you don’t need or want is at your office holiday party.

However, if you’d rather not take the chance that you’re giving something that was given to you by a coworker, you can make a larger impact with re-gifting by:

Finally, if you have a gift that just won’t “go away”, you’re not stuck with it, give it to someone anyway, only give them an “easy out”. Tell them you tried it, didn’t work for you, but that they might like it and if not, give it to someone else who might. That way, everything’s out in the open…no harm, no foul!

“My snow-blower broke down during our heavy Winter this year.  I was distraught and had to find someone to help me get my snow-blower working again.  I found gregsmallengine.com and talked to the owner, Greg.  He called me and let me know what was done to my machine to get it up and running again.  The cost was very reasonable and I am very happy to say it was delivered back to my house.

I am one happy customer and he is a super nice person!” END_OF_DOCUMENT_TOKEN_TO_BE_REPLACED

These guys are awesome! I was turned away from every other small engine shop in Reno/Sparks due to the type of engines I had. I need my engines for work so when these guys found out my situation they not only drove from carson city to sparks, they went to Napa and picked up spark plugs form me. Best customer service ever! Customer for life! Thanks guys. END_OF_DOCUMENT_TOKEN_TO_BE_REPLACED

Greg and son run a great business. They provided a a very good ball park estimate when I first called. They were very helpful and honest in helping determine whether the repair would be worth it. They did a great job in repairing the mower for a reasonable cost. I highly recommend them. END_OF_DOCUMENT_TOKEN_TO_BE_REPLACED

My snowblower broke down and I decided to call Greg’s Small Engine Repair. Greg drove up to my house in South Lake Tahoe and picked up my snowblower and had it fixed up within a couple days and delivered back to me. His pricing was fair and he called me before doing any fixes. Thank you! END_OF_DOCUMENT_TOKEN_TO_BE_REPLACED

Greg & James are a great father/son team who provide the BEST in customer service! They just fixed our 25 year old snowblower that had never had a full service before. They picked it up & dropped it off (all part of the price) and it’s running as if it’s brand new. Thanks guys for being so customer-service focused! END_OF_DOCUMENT_TOKEN_TO_BE_REPLACED

Gregs Small Engines picks up & delivers your Lawn Mower back to you. Excellent Work/Service. END_OF_DOCUMENT_TOKEN_TO_BE_REPLACED